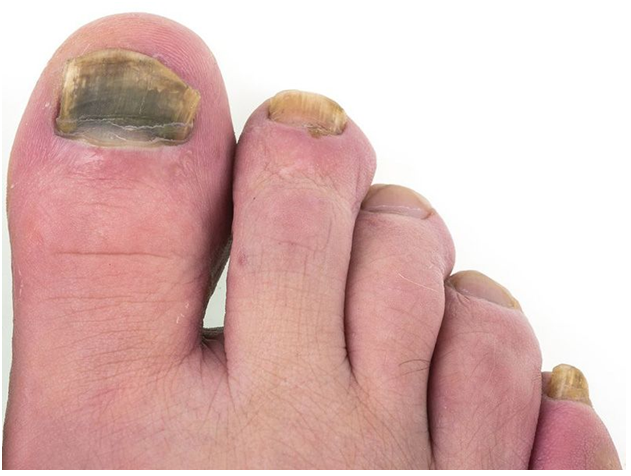 Toenail fungus is caused by mold or yeast, which affects the fingernails and toenails. Yeast infections occur on fingernails and it affects 3 to 12% of the population, but more prevalent in older people. Fungal nail infection causes the nails to be brittle and change color. Mild conditions might need self-care steps and treatment. If the nail fungus is painful and the nails have thickened, you will need medical attention.

Risk factors which leave one susceptible to foot fungus infections include:

Fungal nail infections are treated depending on the severity and the type of fungus causing the condition. A podiatrist determines this by scraping off some of the affected areas and sending it to the lab. The doctor may prescribe antifungal drugs for application or taking orally. Sometimes a combination of topical antifungal therapies and oral therapies works best.

Looking for toe fungus treatment Houston? To get expert advice on foot and ankle issues, you may want to seek help from the best doctor for nail fungus in Houston. Feel free to contact our office to make an appointment for your toenail fungus treatment. Our foot and ankle specialist, Dr. Ejodamen Shobowale will provide you with the care you need to keep you pain-free and on your feet.

Use soap and water to wash the feet and dry using a clean towel, dry well between the toes. Keep the toenails shorter by trimming across and keep the ends shorter. Wash the tools you use on your feet and wipe them clean with rubbing alcohol. Avoid nail polish because it will cover the affected nails and avoid the fungus from going away.

Immediately you notice white markings, use over the counter antifungal creams. Thin and trim the nails to reduce pressure on the nails. If you have any questions, please feel free to contact our office located in Houston, TX. Our foot fungus specialist can handle all of your foot and ankle issues. We will provide you with the latest diagnostic and treatment methods for all foot blister related issues.

Nail fungus is a common disease. It starts with a white and yellow spot under the tip of a fingernail or toenail and gradually the fungal infection spreads. With the increasing rot of the nail due to fungus, it may discolor the nail; thicken it to crumble at the edges. It may spread to other nails as well. We often ignore such nail fungus and if it is not bothering, we do not opt for any treatment. But if it turns out to be painful and has developed thickened nails, self-care and domestic medications might help. But even though the treatment helps it recover, there is always a chance of nail fungus to come back. Toenail fungus is seen more often than in fingernails. The disease of nail fungus is also called Onychomycosis.

As the name suggests, fungus infection develops due to infection by a fungal organism (fungus). The most common form of fungi that cause nail fungus is known as a dermatophyte. Yeast and molds are other variables that cause fungal infection in nails. It is most commonly seen in older adults but does not imply it won’t occur in younger people. As the nail gets old, it becomes brittle and dry which results in the formation of cracks in nails. These cracks allow room for fungi to enter. Other causes of developing nail fungus can be- Reduced blood circulation to feet and a weak immune system.

Sometimes, nail fungus can also develop from an athlete’s foot. It spreads from one nail to another. But it occurs very rarely to get the disease from an affected person.

The chances of developing nail fungus occur when:

You might have developed a nail fungus if you observe the following symptoms growing in your nails:

If the domestic nail fungus cures are not improving the situation, you may want to consult a nail fungus doctor at DeNiel Foot and Ankle Center. When the nails become extremely discolored, thickened or darkened, it is advisable not to ignore it anymore and consult a foot doctor urgently to get the best treatment for a fungal toenail. If you are already suffering from diabetes, it is a must to get treated by a physician.

If you have any questions, please feel free to contact our office located in Houston, TX. We offer the newest diagnostic and treatment technologies for all your foot and ankle needs.